It is always fun when drawing a book if you can thread some of your life long influences into the work. I had such an opportunity in the Samurai vs Ninja series. 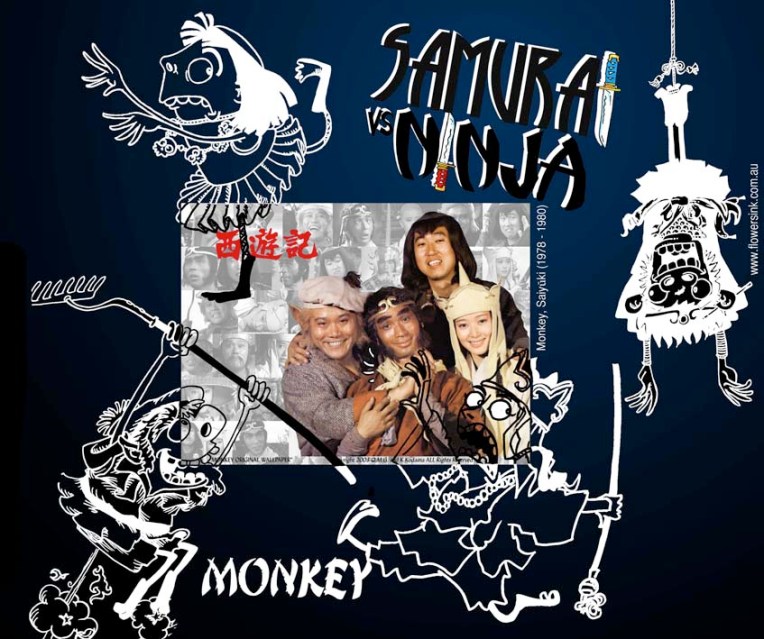 As a young boy growing up one of my favourite television shows was ‘Monkey’. Which was shown on ABC in the afternoon after school. Also known as ‘Monkey Magic’ and ‘Saiyūki’.

I loved this show so much I decided that it would be a great addition to the Samurai vs Ninja book. It may seem a little odd to people, to pay homage to a traditional Chinese story (Journey to the West) in a book set in Japan. Of course, anyone who knows the series will know that it was a Japanese production.

So each of the first 3 books has a character in it. Book 1 has Monkey, book 2 has Pigsy and book 3 has Sandy. They all turn up together in book 4 with Tripitaka.

Every year I am lucky enough to spend time talking at schools around the country. No time is more frantic than around Children’s Book Week. In my sessions I invite story suggestions from the children and we visually create stories and characters to populate them with.

I thought it might be fun looking at a few of the crazy characters that I have created with students. These images are digitally enhanced ink sketches that I draw into a sketch book after talks. I keep these for my own interest and as a record of the crazy ideas that have been created.

This first images is the combination of an octopus, a platypus and a pig. Before I created this image I draw all three creatures and discussed what elements are iconic for each. 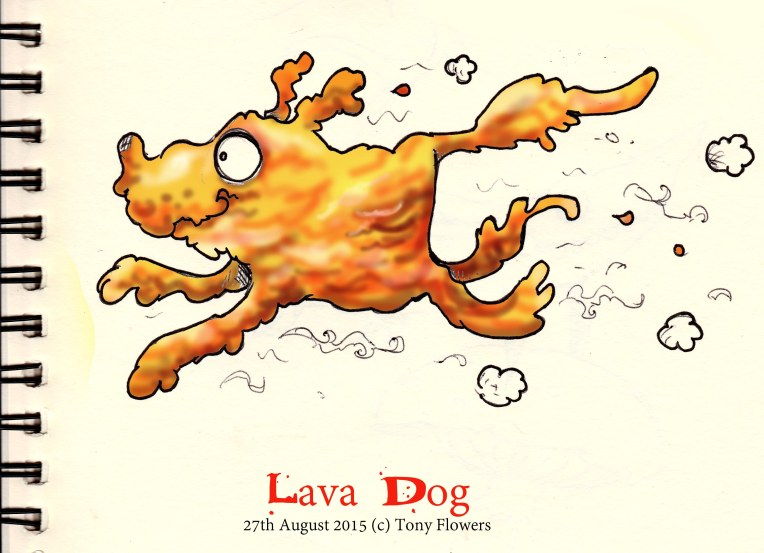 The next is Lava dog. The students suggested this character as a side kick of lolly pop man. But as I just like drawing dog, I haven’t included lollypop man.

The last image is a Mercat. The students in this instance suggested a fish and a cat. I have based the cat on my only cat ‘Daisy’.