Over the years I have entered a number of awards around the world. I see these competitions as an opportunity to develop a concept and push my illustration work in new directions. As the entry period for the Association of Illustrators (AOI) awards for 2017 draws to a close. I have been considering entering an illustration for this year. In the past I have entered into the Children’s Books. While I have a few choice illustrations to choose from for that category. I have decided that I could use the competition as a way of pushing myself to produce images for the some of the concepts that I have been playing with over the last 6 or so months. 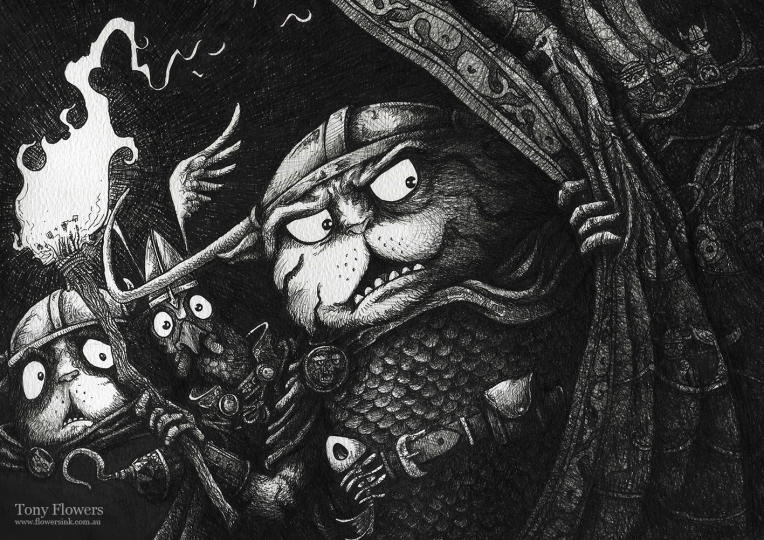 This is my first choice, an ink illustration created with Staedtler pigment liners (0.05 to 0.8). It is for a story concept based on the Nordic legend of Baldur. My version involves Viking Cats. You can see the early pencil sketch versions of this concept on this word press site (17th July 2016)

I feel that I may have to work on this concept more before I would be happy to submit an image from this project.

AOI awards are held in London each year. The run a couple of award programs that give illustrators an opportunity to hone their skills. For more details follow this link http://www.theaoi.com/awards/enter-info.php

Entries close on the 6th of Febuary.

After a quick Facebook poll of 5 to 1 in favour of the new reworked image for a ‘Dogs of War’. The final entry is the image below. 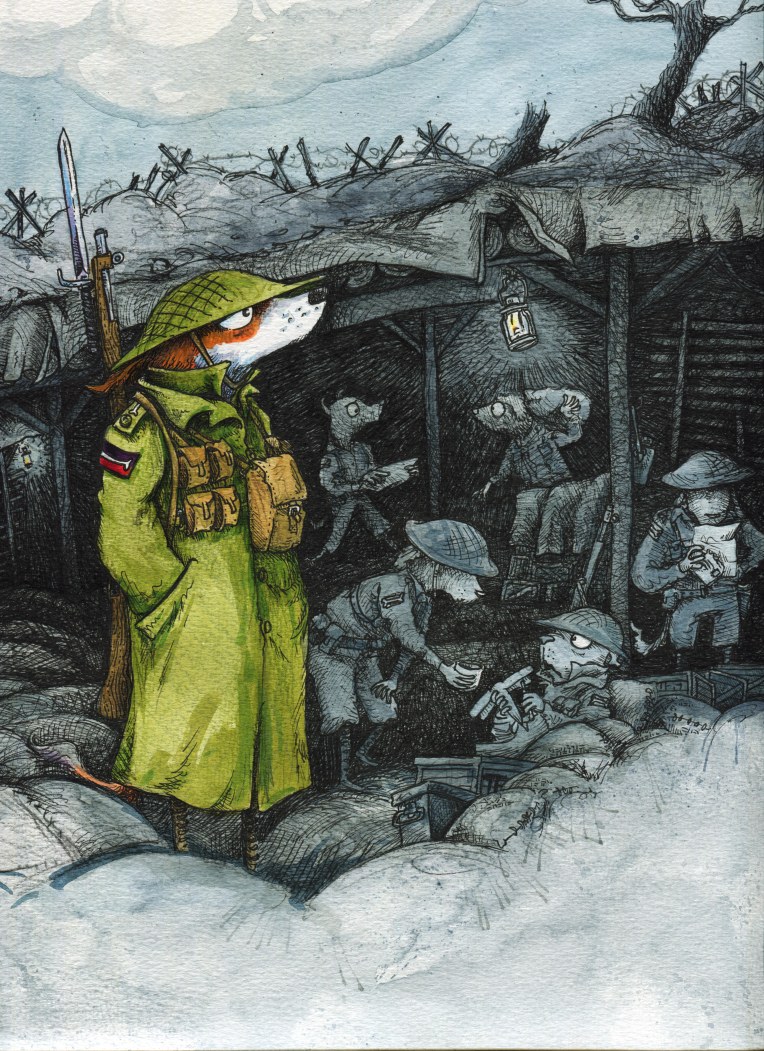