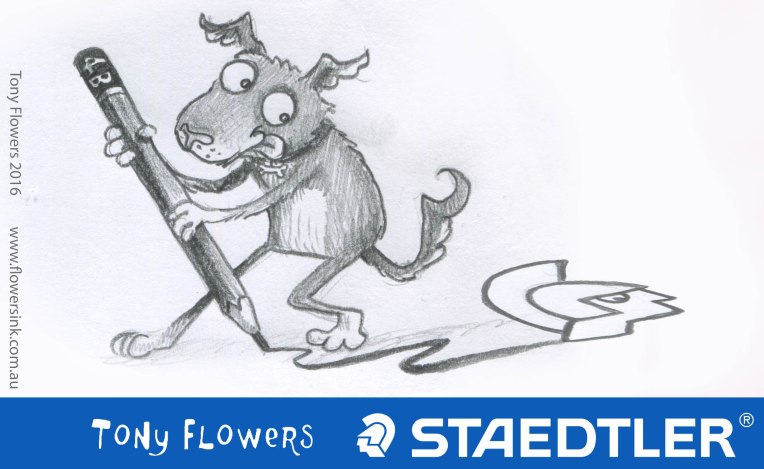 I recently received a sample pack of Staedtler Mars Lumograph black pencils. The pencil pack came as a tin pencil tray. It contained 2 x 2B, 2x 4B, 1 6B and 1 8B. 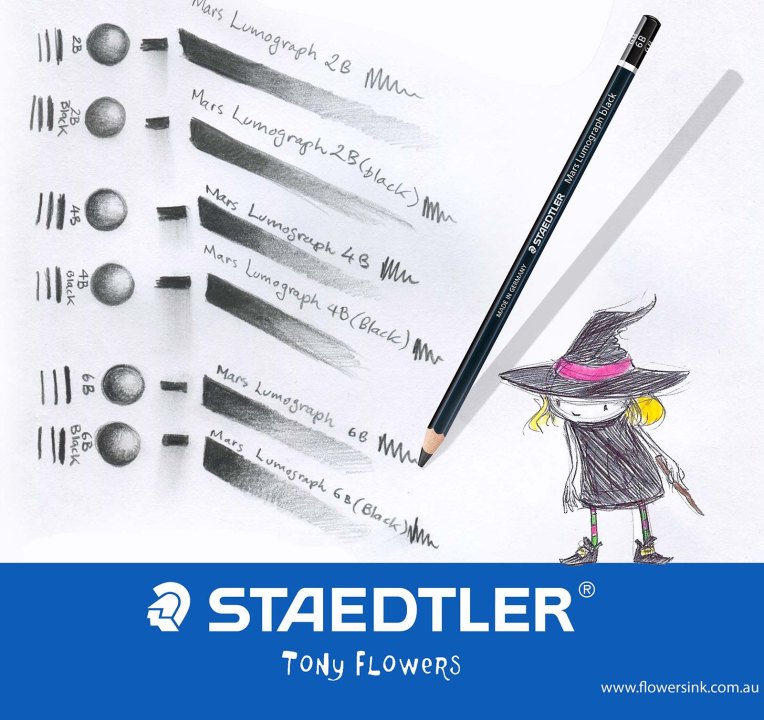 These pencil leads have been produced with a higher proportion of carbon in the lead than the standard Lumograph pencils. The idea is that the carbon will create a matt black finish. Testing the standard and black pencils side by side, it quickly becomes obvious that the higher the carbon the more matt the finish. While the 2B and 4B pencils in both standard and black produce a shine when applied with a heavy-handed burnish. The black also live up to their name and are noticeably darker than their counterparts. The 6B and 8B have a noticeably more matt finish in black than the standard lead pencils. The tooth on these pencils are also more aggressive. It bites the paper more like charcoal than pencil lead.  I tested on a 300 gsm fine grain cold pressed watercolour paper (Canson, Aquarelle) and 110 gsm smooth cartridge (Quill).

The Pencils are also smudge well, again the higher the carbon content the more they smudge. Excellent if you like to use a smudge stick or a finger tip to blend your pencil work. 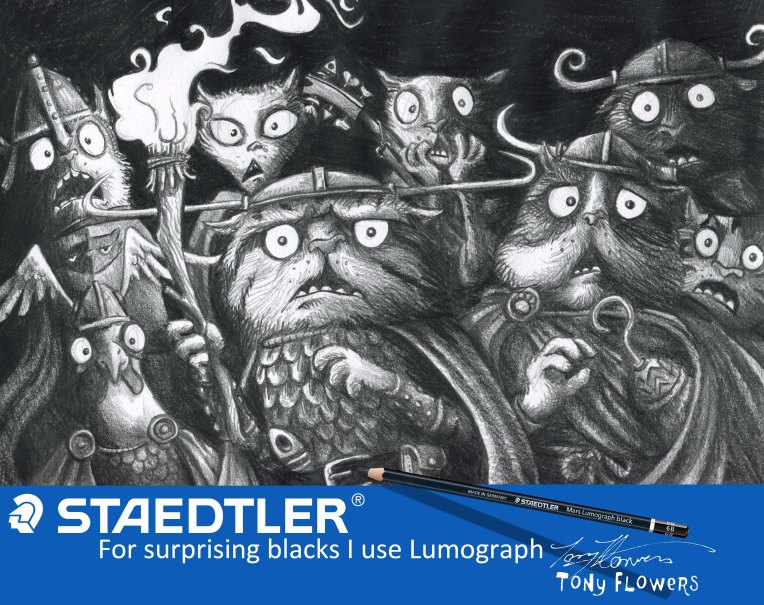 When creating work to test the black pencils I decided to push the pencils to produce darker images. Using a ‘chiaroscuro’ technique I pushed to shadow in the images to take advantage of the black matt finish. Trying to make the character merge into the black background. 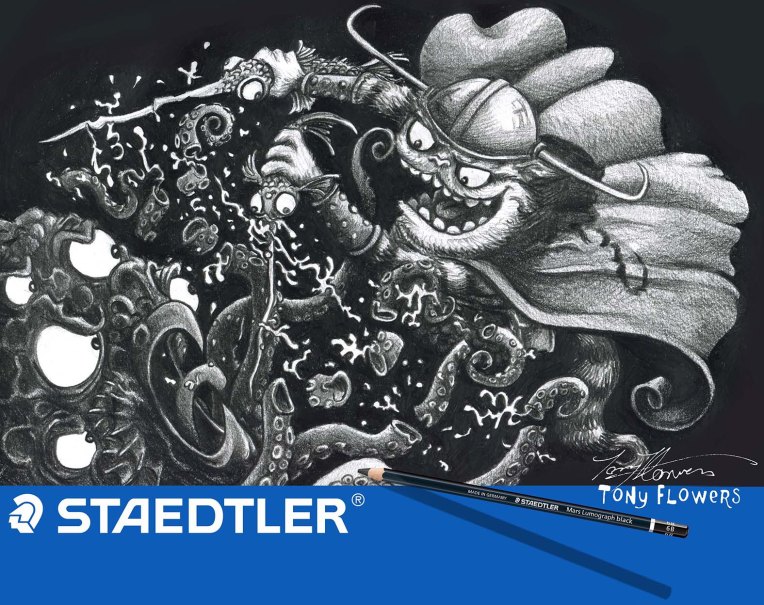 While the Matt black finish helps reduce shine when viewing the images. Scanners still pick up some reflection off the surface of the image. Not as much as when using a standard lead pencil at a heavy burnish level.